I thought I was behind all day today. Then I realized how late it was so I started scanning the work I'd done, and well it turns out I drew a lot. Moving on to the the more animation side of my Preston Blair Study. Today was line of action in a sequence. Time permitting I'll turn these images into an animated gif tomorrow. 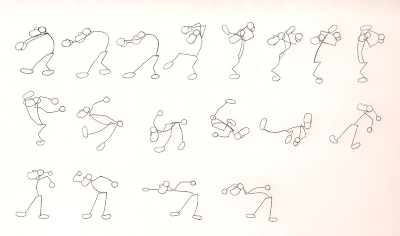 I'm still not sure where I want to go with that Minithology idea I had. So I thought I'd draw a Pegasus, that soon turned into this. 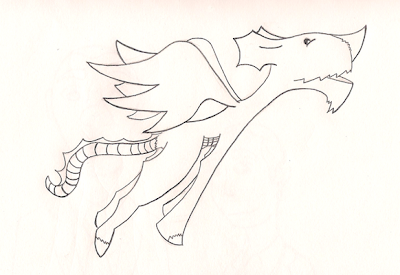 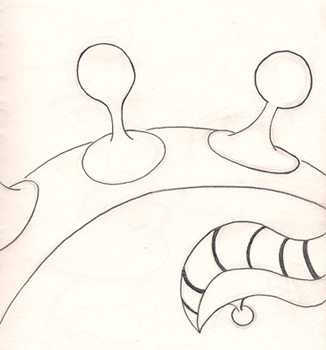 Claude and his turtle in an epic game of tug of war. 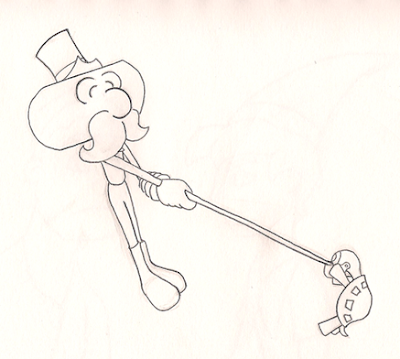 Gilligan preping for a party.

Tried out that exercise where you draw a random shape and turn it into something. Ended up doing a Robin Hood and Friar Tuck image. 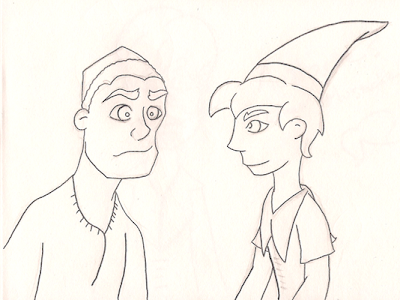 When I was little I had a fascination with drawing Abraham Lincoln Beards and Hats on everything. So I'm working on a new character the Mustache Bandit. Who basically draws mustaches on everything and everyone. 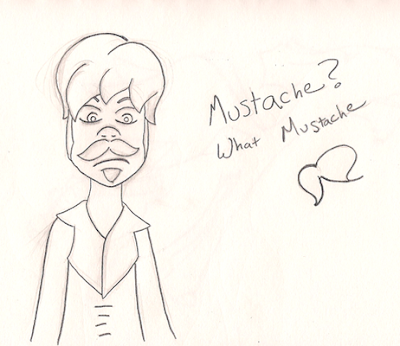 Watched a bit of Pen and Teller's Bullshit with Rhys this evening and thought I'd try to be productive while I watched. 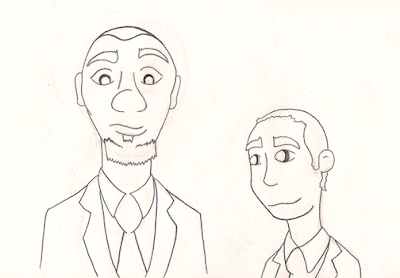 A couple other people who were on the show. 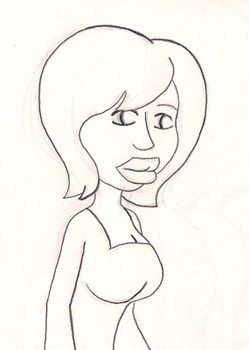 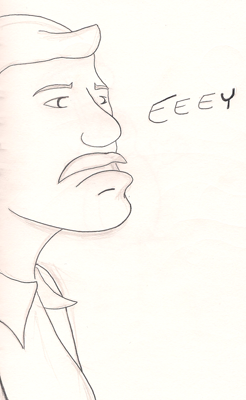 A distant cousin to both Totoro and Snorlax. 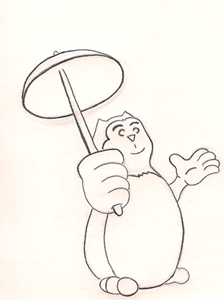 Picked up the Art of Miyazaki's Spirited Away. I could just stare at each page for hours. He has such a simple fluid style. I just love it. I've got to learn to watercolor some day.
Posted by turbos at 5:02 AM No comments: Links to this post