Had a lot on my plate for today, but I managed to get the bulk of my daily drawing done pretty early. I didn't have too many struggles drawing wise today, just trying to prioritize what projects to work on during the time I had. One thing I did today that helped smooth everything along was to remind myself, I get to draw. I love to draw. Just simply reaffirming what I already knew seemed to help keep my hand steady and my head focused. 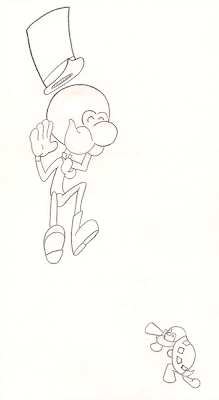 Despite his best attempts at being perfectly quiet, our little hero forgot one key factor, disgusting pig monsters have a keen sense of smell. In one swift unpiglike movement the monstrosity summoned some sort of unholy magic force that our little hero only barely dodged. 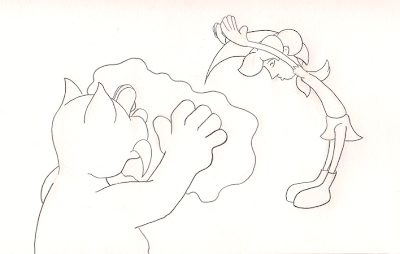 A new project I've been thinking about working on is Pirate a Day! I usually draw some sort of pirate or pirate-like person during the day so I figured I'd add it to the mix. 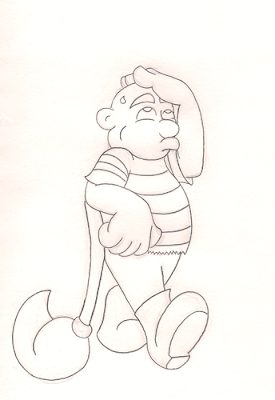 In anticipation for the summer session at AnimationMentor I've been checking out every resource they have on their site. Today I watched the Eric Goldberg Webinar. Eric is the genius behind the Genie from Aladdin. I've had his book Character Animation Crash Course for a month or so now, and can't wait to get to it. So this webinar was a real treat. One point I wanted to share was at the end of the interview some one asked him what advice he had for those just starting out. He responded with something that seems so basic and so simple, yet most of us have probably never even bothered to consider it. "Believe the character exists." He says if you do that. Then you will give the character the life it needs to make others believe it as well. Thanks for the inspiration!
Posted by turbos at 10:51 PM No comments: Links to this post