Drawing what you think you see isn't always the best.

I'm about half way through drawing everything in Preston Blair's Cartoon Animation book, and boy have I learned a lot. Looking back on some of the drawings I've done even a month ago I can tell I really have grown quite a bit. I thought I would have been done with the book by now, but some of these animation cycles are taking a little longer than I had originally planned and I still want them to look nice too. 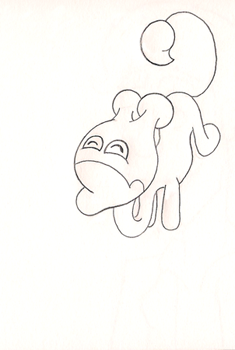 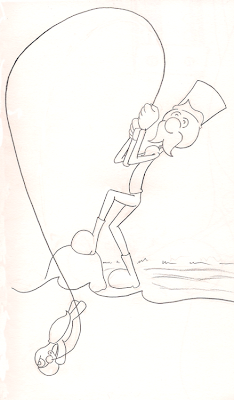 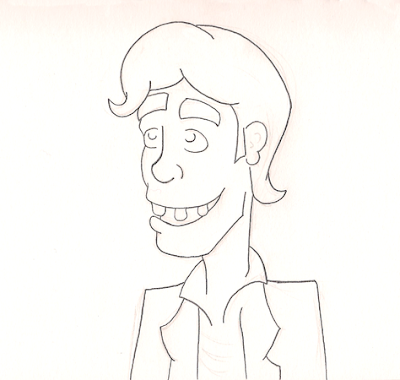 After a good 49 hour nap our little hero awoke rested, ready to face the day and what ever adventures it might bring. 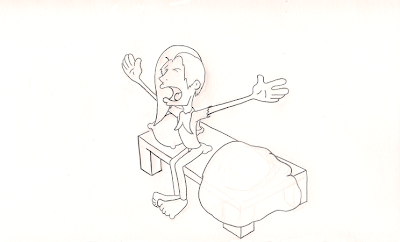 Walt Stanchfield has been teaching me a lot about angles lately through his book Drawn to Life Vol 1. He talks about angles in a similar way that Preston Blair presents line of action. Just drawing what you think you see isn't always the best. As humans our rig, or rather our body, knows how to handle itself, but as artists sometimes we need to see what the meaning behind a position, movement or action actually is. So sometimes it is necessary to over exaggerate angles or the line of action to better tell a story with an image. John K also did a nice write up on a similar idea, but focused on setting up a shot rather than a pose. Definitely worth the read.

Borders finally got Imaginefx's How to Draw and Paint Anatomy in stock, and I quickly snagged up a copy, well, after an hour or so of sketching people in the coffee shop. I've only had a chance to flip through it, but it looks like they've done a great job again. Thanks for the inspiration!
Posted by turbos at 10:26 PM No comments: Links to this post