Between watching old Disney videos on youtube, the CalArts history video, and listening to Brad Bird (who trained under Milt Kahl) on the Spline Doctors Podcast, I've really found a lot of similarities in their approaches and advice. Disney himself had a passion for animation, but it was fueled and influenced by all of his other interests. CalArts approached and still approaches art by trying to give the student a broad view of what is out there by mixing music, with dance, theater, visual arts etc. Also while listening to Brad Bird speak he talked about what he thought animators should do and what he observed the 9 Old Men doing and that was to get inspiration from everything, and feed your outside interests. Don't just stare at your paper and pencil, but watch how your loved ones interact with others, pause to see how the trees blow in the wind or how your little puppies play together outside, play a musical instrument or in Walt Disney and Ward Kimball's case fall in love with trains. All of these unique views, special interests, and outside knowledge will only help inspire and influence your art. Thanks for the inspiration! 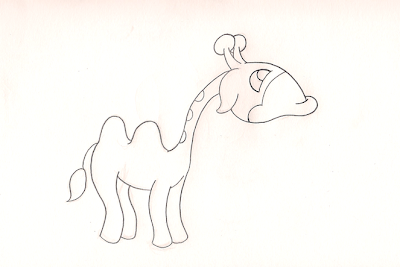 Gilligan performing with his sock puppets. 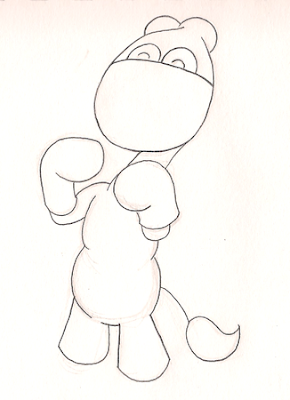 Claude and his turtle going for a ride. 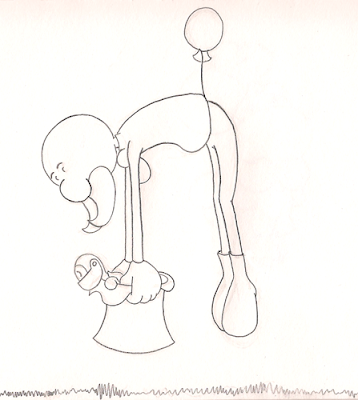 Claude and his turtle having a dance party. 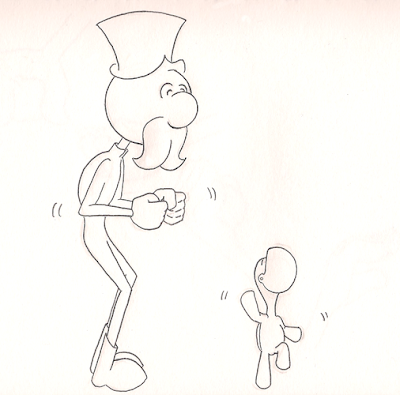 Pirate a Day section B 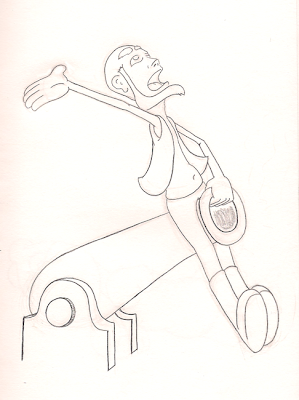 As soon as our little hero got back to town, a crowd began to form around him. Everyone was wondering what had happened to the monster, how did he get back, and most importantly what was in his gigantic gunny sac. 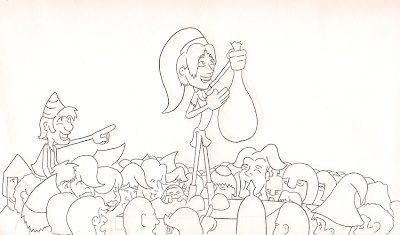 Once our little hero had settled the crowd down just enough, he threw open the bag and out poured the most delicious scent any of the towns people had ever smelled. Right when they started to wonder what that mouth watering aroma was, the skies seemed to rain bacon. 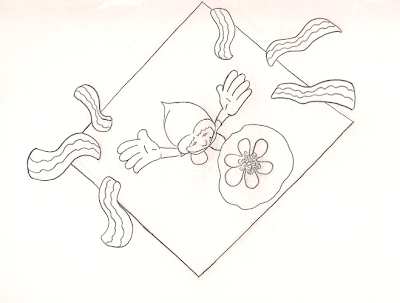 Speaking of Animation (the podcast) put out another fantastic episode this week. They got the extremely talented Chris Sanders and Dean DeBlois talking about my favorite film I've seen so far this year, How to Train Your Dragon! I've loved Chris Sanders drawing style for quite a while and it was fascinating to hear about his and Dean's process. From learning about the evolution of their Nightfury design to old stories about Mulan this is a podcast that can't be missed!
Posted by turbos at 11:18 PM No comments: Links to this post