Lately I almost have to be listening to music in order to really get into the drawing zone. Something about the rhythm helps me to focus and free me up at the same time. I wonder if other people get this same way about drawing. That being said I wonder how that translates into people who work for large studios. I hope they all get a set of headphones when then get the job.

Claude and his turtle cycling. 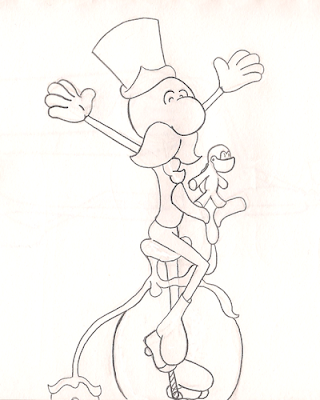 Gilligan getting ready for his next boxing match. 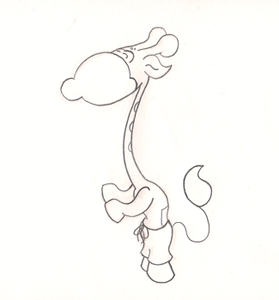 Thinking our little hero was dead already, and smelling delicious, the odorous swine coated his meal in a sweet marinade. 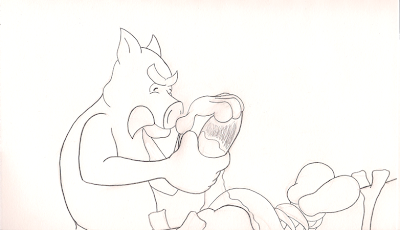 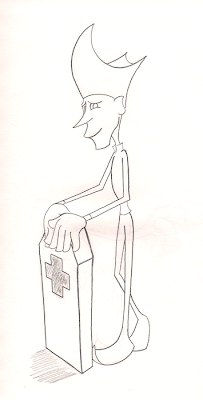 I'm pretty sure as a little kid the first thing I wanted to be when I grew up was a Pirate. Not much has changed. Except that I now know being a pirate isn't as respectable as it once was. That still hasn't stopped me from being fascinated with all things piratesque. You can imagine how much I loved the Pirates of the Caribbean trilogy. I used to go to Disneyland on a fairly regular basis, and after I got over my childhood fascination with It's a Small World (I loved Mary Blair's style even back then), I would always make sure I could go on the Pirates ride and the Haunted Mansion. Marc Davis' style is irresistibly appealing to me, and to that end the style used in the pirates movies. Thanks for the Inspiration!

Posted by turbos at 11:09 PM No comments: Links to this post

Off the Beaten Path

I wish I had more time to draw lately. Hopefully the next few days will a lot me a bit more free time. I'm finding just drawing roughs to be so much more fun and exhilarating, while I still like the look of the cleanup, but that tends to drive my perfectionist side a bit batty. 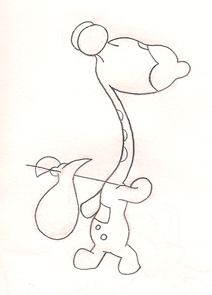 Claude and his turtle flexing. 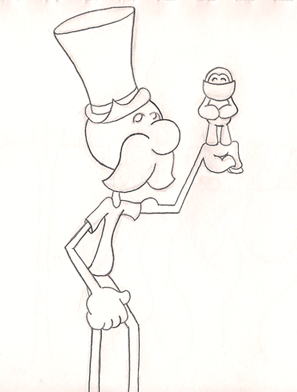 Our little hero soon awoke to find him self in an extremely heated situation. 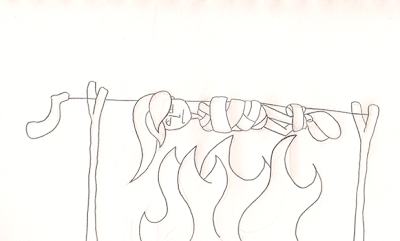 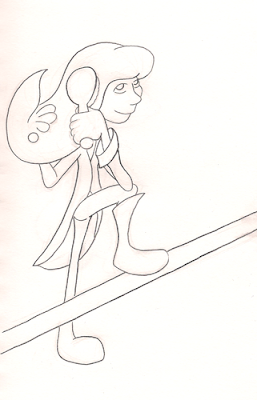 I've been trying to think recently about why I really get inspired by Milt Kahl. Of course he's a great animator and his drawings are remarkable, but something about his personality and presence really makes me like him above all of the other godfathers of animation. It came to me today while I was listening to Clay Kaytis' Animation Podcast Valt which was a lecture Milt Kahl gave that was recorded and preserved by another great animator Ron Clements. From what I've read about Mr. Kahl and the interviews I've seen by himself and others he never would admit he was any good, yet he always pointed out the flaws and things he didn't like in others work. I believe it was Richard Williams that said in an interview that Milt Kahl was honest maybe a little too honest, and that he always stuck to what he believed in and what he liked. Towards the end of the lecture he talked about The Black Cauldron, which having researched a bit about Disney history was kind of a dividing film. Milt seemed to have left Disney over some disagreements over how the Black Cauldron was being treated vs what he thought it should have been. Tim Burton another one of my art hero's was an animator at Disney at the same time and he presented a lot of story board and concept designs for Cauldron as well, which were eventually thrown out cause they were too out there. Though both of these amazing men have completely different styles, yet they both stuck to what they liked and what they believed in. I really aspire to keep those traits alive in my life and my work. Maybe even one day I'll win a Winsor McCay award like my heroes. Thanks for the Inspiration!
Posted by turbos at 2:53 AM No comments: Links to this post