I've heard about football players, basketball players, professionals of any type of skill talk about being in the zone. I know I've had that feeling before, while drawing, but I haven't really felt the rip you out of the zone feeling as strongly as I did tonight. For some reason after drawing for an hour or so, everything was going smooth and then I had to take care of some other business and just could not get back on track. Fought through it, and eventually I got over that hump, but I just thought I would bring it up. Maybe some of you have had that happen before. On a happy note, I finally got around to making some of the animation cycles actually move tonight!

Claude and his turtle exploring the deep blue. 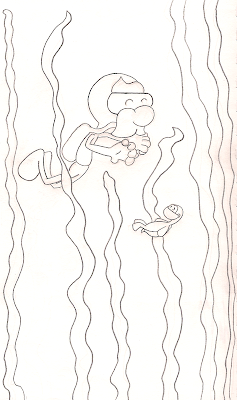 Gilligan stretched out the wrong way. 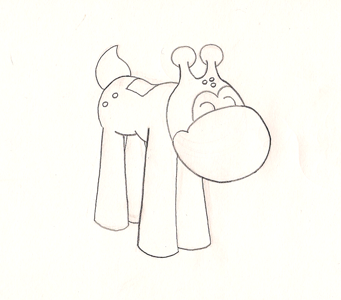 Our little hero hoping the Porkestuous creature having not yet spotted him, leapt stealth-fully from the closest window knowing that the element of surprise would easily turn the tide of the imminent skirmish. 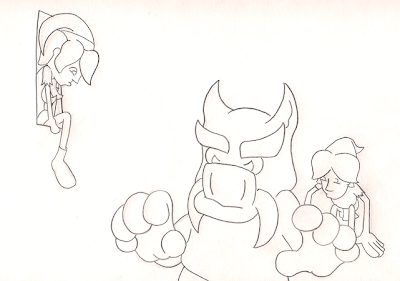 After our latest venture to Borders, Rhys picked me up a copy of "The Art of How to Train Your Dragon". We both loved the movie, but the art is almost better than the film itself. Nico Marlet's concepts are beautiful. He was also one of the lead character designers on Kung Fu Panda, Monster's Inc, and Madagascar! Thanks for the Inspiration Nico!

One last note, Jerzy, Mark, Kevin and Knifeman from the Art and Story (Extreme) Podcast, which is exponentially better with the new soundboard zoo they've got, are really getting excited for the upcoming Kids Read Comics event on June 12-13. If you haven't checked it out, it looks like it's going to be a blast. The concept is pretty simple if you haven't guessed it already. It's basically a gathering of kids, adults, professionals, amateurs, and comic enthusiasts sharing their love for the medium. I wish there was an event like this when I was a kid. Go check it out!
Posted by turbos at 11:45 PM No comments: Links to this post